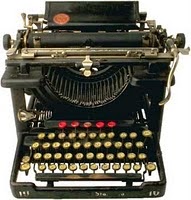 "...When I met my fiance, he was an Amway "cult" follower. Was completely hypnotized. Had been doing it for three years. I had to seriously sit down with him (after traveling to a few open meetings and a conference with him) and have a talk. He was $3000 in credit card debt with no savings. Why? The "tools" (books, cds, etc.), the pricey conferences, hotels, gas to get there, open meeting costs, PLUS buying MORE product than what he needed so his uplines could achieve certain thresholds! They convinced him to do it for the "good of the team". Not to mention, Amway products ARE MORE EXPENSIVE than comparable products. I am a financial analyst, I'm not an idiot. And I know this is a stupid investment. After my fiance got away, at least once a week he wonders how he would've been so stupid and gullible to fall for it. He kicks himself everyday for getting into so much debt because of Amway."

"The FTC is investigating Herbalife. While I doubt they will be shut down, I wish the authorities would have the guts to make an example of the scam parent company and shut them down."

"At one time, Mr. Steadson posted a lengthy fairytale in which he alleged that various critics of 'Amway,' were part of a global, anti-capitalist conspiracy.

Don't forget, the unmasked 'Amway' Lord Hee Haw, Mr. Steadson, has merely been playing an inflexible, comic-book, propaganda-role on the Net. That of the perfect, law-abiding 'Independent Amway Business Owner' who regularly sells high-quality, good-value 'Amway' products for a profit to the general public.

In the adult world of quantifiable reality, no such perfect law-abiding 'Distributor' has existed, because the banal, but grossly-over-priced, 'Amway' wampum has been effectively-unsaleable on the open market. Millions of individuals have been churned through 'Amway,'but there is no trace of any income-tax having been been paid by all these so-called 'Business owners.'

Significantly, the 'IBOFB' character has never once produced any quantifiable evidence to support his absurd anecdotal claims. His existence is a blatant attempt to obstruct justice. As such he is part of an overall pattern of ongoing, major racketeering activity (as defined by the US federal Racketeer Influenced and Corrupt Organizations Act, 1970)."

"How many times has Steadson been spun off by just regular dudes around the Internet? It must hurt this narcissistic egotistical bastards suffering psyche?"

"For most, Amway is not the way to go. Average monthly income is a little over a hundred bucks. Sure, Dex and Birdie did it...but they got in on the ground floor. They also now make two thirds of their income from 'tools', and we all know what those are. Now, about this cyber-weenie Steadson: by definition, he's a coward. If he takes issue with this observation, he's welcome to come and visit any time. I hope he does: I'm old, need the exercise, and I have an old Yager tape deserving a good home. Odds are you know where I'll stick it".

"IBOFB is full of shit as usual. He likes to give slick and eloquent answers but the reality is that most MLM's have a great emphasis on recruiting because the products are usually dicey and so recruiting downline is the way to leverage bonuses."

"I spent 4 years in the cult before seeing the light just recently. The problem is that you're told over and over that you can not be successful in the business without going to every function and "investing" in all the books and CD's. I hate to think about how much money I wasted in the last 4 years."

"To any IBO planning to go to a rally this year, think about this word when you hear that uplifting story of struggle and triumph. What you're hearing is not the Diamond Dream Story, it's the Diamond Sandcastle Story. When they say that they want to see you on the beaches of the world, they're saying that they want you to be the sand that builds up and replenishes their sandcastles".

Posted by quixtarisacult at 4:22 PM